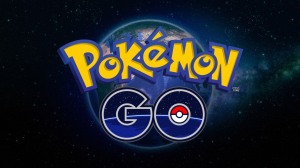 For weeks, Pokémon fans have been chomping at the bit to download Pokémon Go, an augmented reality game, where trainers can catch Pokémon in the real world on Apple and Android products. Nintendo gave a release date of “July.” Trainers, today is the day. Pokémon Go has so far been released in Australia and New Zealand, with a rumored release for the UK tomorrow. The United States is still waiting on a release date. END_OF_DOCUMENT_TOKEN_TO_BE_REPLACED

Fandom tends to be seen as an inherently male interest.  We have so many cultural stereotypes enhancing this belief.  From The Big Bang Theory to “the fake gamer girl,” nerdiness always seems to start as something male, and then move towards women.  For a while, this was pretty accurate.  In 2010, only 35% of New York Comic Con attendees were women.  However, as time goes on, these men get married.  They have kids, and they pass on their nerdy genes.

With that in mind, I asked my fellow writers if they had inherited any of their geekiness from their fathers, or for any good stories about how their fathers inspired them towards the nerd community.  Here are the responses I got:

END_OF_DOCUMENT_TOKEN_TO_BE_REPLACED

Every year, millions of gamers look forward to the Electronic Entertainment Expo, otherwise known as E3. Since I was not able to make it to E3 in person, I did the next best thing and attended the event virtually. June 14th and 15th I dedicated to watching the Nintendo Treehouse: Live at E3. This will be the recap of only day 1. I felt the need to give anyone out there who couldn’t attend in person or virtually an in-depth recap of the most anticipated upcoming video games. Us gamers have to stick together, right? 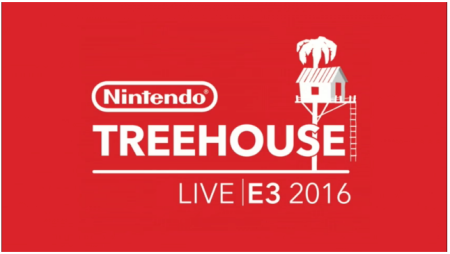 END_OF_DOCUMENT_TOKEN_TO_BE_REPLACED

CALLING ALL 90s KIDS – Did you want to be the very best, like no one ever was? Dust off those dreams, Poké-trainers, because your time to shine is coming!  In 2016, you can actually start catching them all – not on cards or a DS screen, but in the real world!

The Pokémon Company has partnered with Nintendo and Niantic for an augmented reality app called Pokémon Go. In conjunction with a Bluetooth-powered device, the Go app will notify you of wild Pokemon in the area. Once you spot them with the app on your phone, you can throw a virtual Pokeball and add them to your collection!

But the app won’t stop there. You can trade and even engage other trainers in battle! Based upon the final battle in the trailer, I wonder if there’ll be group battles for tougher, rarer creatures? Maybe that’s one of the new gameplay options that Junichi Masuda (director of the Pokémon video game series) will explore during his work on the project.

Pokémon Go will be available for iPhone and Android at no charge, with optional in-game purchases. It launches in 2016, which totally can’t come fast enough.

It’s that time of year again…

Well, here we are again – eagerly awaiting this year’s biggest event for video game news, reveals, and upsets: the Electronic Entertainment Expo. As always, there are some amazing things to look forward to, some suprises expected, and some inevitable disappointments. Every studio, every developer will be frantically trying to steal the spotlight and outdo the competition. So, what are the top things you should be keeping an eye out for? Read on to find out!

END_OF_DOCUMENT_TOKEN_TO_BE_REPLACED

On April 1st, Nintendo released their latest Nintendo Direct and announced that players would now be able to vote on who they’d like to see added next to Super Smash Bros. for Wii U. But this was no April Fool’s – Nintendo soon posted an official Smash Bros. Ballot on their website with four simple questions: your gender, what character you’re voting for, the title of the game that that character appears in, and your reason why that character should become a fighter. Greater representation in games is all about making our opinions heard, and this ballot provides the perfect opportunity to let Nintendo know that there are awesome women that would make a great addition to the game. Though the voting is now closed, this was a great step towards making games more inclusive, and we at the Daily Geekette hope to see some positive changes come from it. So, without further ado, here are the 6 female characters we’d like to see make it into Smash Bros.

END_OF_DOCUMENT_TOKEN_TO_BE_REPLACED

So, Destiny won “Best Game” at the 2015 BAFTAs. Yes, Destiny. Beating out Monument Valley, Mario Kart 8, Middle Earth: Shadow of Mordor, Dragon Age: Inquisition, and Alien: Isolation, the game that “tell[s] the same pedestrian stories time and time again,” won the award for the pinnacle of achievement in video games.

END_OF_DOCUMENT_TOKEN_TO_BE_REPLACED

2014 saw the release of some eagerly awaited titles, some of which lived up to the hype and others that disappointed (*cough*Assassin’s Creed: Unity *cough*). Games like Super Smash Bros., Dragon Age: Inquisition, Bayonetta 2, and more, showed us what next-gen consoles could achieve and got us itching to see what could be accomplished next. Unfortunately, many of 2014’s games also left us wondering where they put all the women – because they certainly weren’t on the list of playable female characters. 2015 is set to be even a bigger year than its predecessor, with long-anticipated titles like Legend of Zelda for Wii U and Evolve planned for release, but will it take any steps towards righting the gender disparity in the industry? Without further ad, here are 5 games (in no particular order) that not only look fantastic, but also hope to answer that question:

END_OF_DOCUMENT_TOKEN_TO_BE_REPLACED

Christmas may be over, but family and friends are still around – and I’d be willing to bet someone has a new console burning a hole through their pockets. What better activity to do with it than turn friends into enemies by beating the virtual bejeezus out of them? To facilitate this post-Christmas activity, I’ve come up with a list of the best games to play with others this holiday season:

END_OF_DOCUMENT_TOKEN_TO_BE_REPLACED

In honor of the holiday (from which my stomach is still recovering), I thought I’d continue the theme of thankfulness that’s circling around and share the three games that have had the biggest impact on my life. It was tough to choose, but when it came down to it these were the games I simply couldn’t do without.