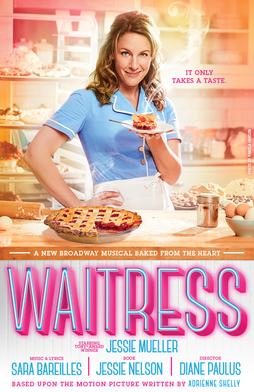 The story of Waitress can be described as simplistic but in a beautiful way. Jenna, the titular waitress, is miserable with her small-town life and abusive husband. Her journey of learning to love again and breaking free is tethered to the many outrageous and seemingly delicious pies she bakes. The storyline is consistent with the movie and the libretto’s loyalty to the original story was much appreciated. Jessie Nelson translated the story perfectly for the stage, if not better than the original. END_OF_DOCUMENT_TOKEN_TO_BE_REPLACED

I’ll always be the first to admit that I have some “ultimate weaknesses” when it comes to musical theater, or just any sort of entertainment in general. For one, I adore a good romance, second, I love good ol’ fashioned Broadway numbers, and last but not least, I lose it over a good, well-crafted set piece. So it brings me great joy to tell you that Roundabout’s new revival of the classic Jerry Bock musical She Loves Me features all of those qualities and much, much more.

END_OF_DOCUMENT_TOKEN_TO_BE_REPLACED

At this point, film to musical adaptations are overflowing the theater scene. Most of them fail on arrival, while there is the rare occasion where they advance the original material, sometimes even surpassing their predecessor. Though that group is very elite, featuring such names as Beauty and the Beast, Lion King, Heathers and a few others in its club, one of the Fall 2015 offerings needs to be added and handed a studded “Broadway Members Only” jacket. And what show could that be? Andrew Lloyd Webber’s School of Rock, adapted from the Jack Black movie of the same name.