In 2009, Lev Grossman had this genius idea to satirize fantasy. In his novel, The Magicians, Grossman introduces readers to Quentin Clearwater. He is accepted into Brakebills, an institution for higher education–in magic. However, this is like no other “chosen one” story. It is incredibly dark, psychological, and really expects a lot from its readers. The novel inspired two further books, turning The Magicians into a trilogy. 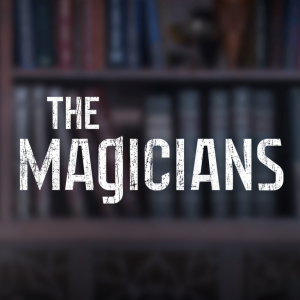 Tonight, Syfy posted the first episode of their Magicians TV series on The Magicians Facebook page. It is stunning. This pilot introduces readers to the main characters and the rules of this magical world. What I loved was that instead of telling, there’s quite a bit of showing. For instance, in the background while Quentin is getting a tour of the school, most of the magicians are using their fingers to create magic. It tells the viewer that this, and not wands, is how we’ll see magic in this world.

Obviously, changes were made for the show, but I don’t think any were worth throwing a fit over. The plot is essentially the same. One major change involved the fact that in the books, The Magicians follows Quentin’s perspective entirely, while the second book, The Magician King, still follows Quentin, but also delves into what his best friend, Julia, did when she was denied acceptance to Brakebills. The show looks like viewers are going to get to follow both stories simultaneously. It’s a change that makes perfect sense for the new medium. I’m pretty excited to see Julia get more screen time. She’s a powerhouse character.

I have no complaints in regard to the cast. Stella Maeve is a wonderful Julia, which makes me extra excited to see her story. Eliot, who has always been one of my favorite characters, is brought to the screen so believably by Hale Appleman. The one casting/writing choice I’ve seen the Internet griping about so far is Alice. Quentin’s love interest is portrayed by Olivia Taylor Dudley, and has very little in common with the Alice that Grossman created. However, this is an adaption. I like this Alice, and can’t wait to see what becomes of her story.

Overall, I have high hopes. When Daily Geekette met with Lev Grossman back in June 2015, he had high hopes as well. The show premiers with this pilot followed by a second episode on Syfy on January 25th.

Will you be watching? Let us know in the comments!

2 thoughts on “Sneak a Peek at The Magicians”